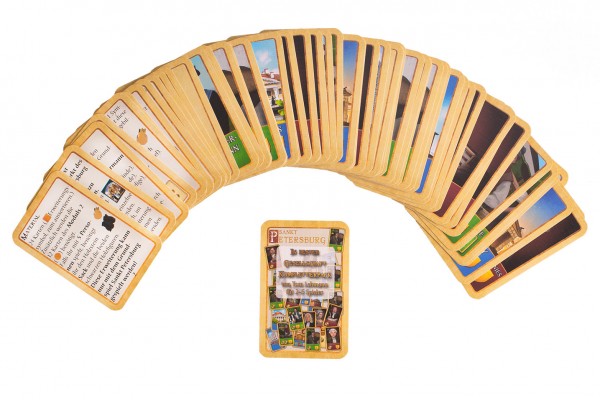 The pack for completing the new version of Saint Petersburg which completes the expansion "In the Best of Company". The cards were not included in the game because they do not match 100% with the existing rules. However, they existed in the earlier version of Saint Petersburg or more precisely in the expansion. So this complete pack is for all those who like to play by these older rules.

This is only for the cards. There is no rule included.

Attention! Can only be played with the basic game "Saint Petersburg".