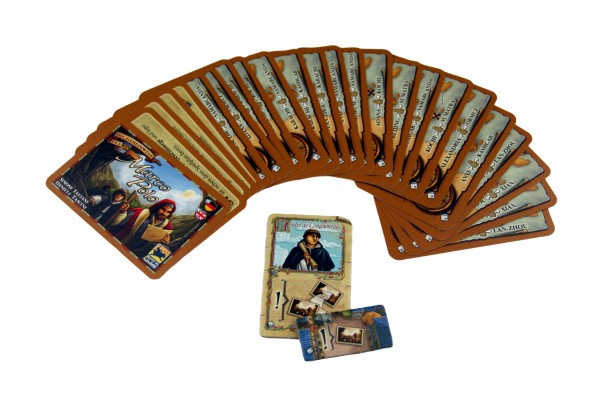 This mini-expansion "Secret Paths of Marco Polo" gives you new ways to travel. Now there are secret city connections which normally don't exist. In addition, you avoid costs that you have to pay on normal connections.

Attention! Can only played with the base game "Marco Polo".